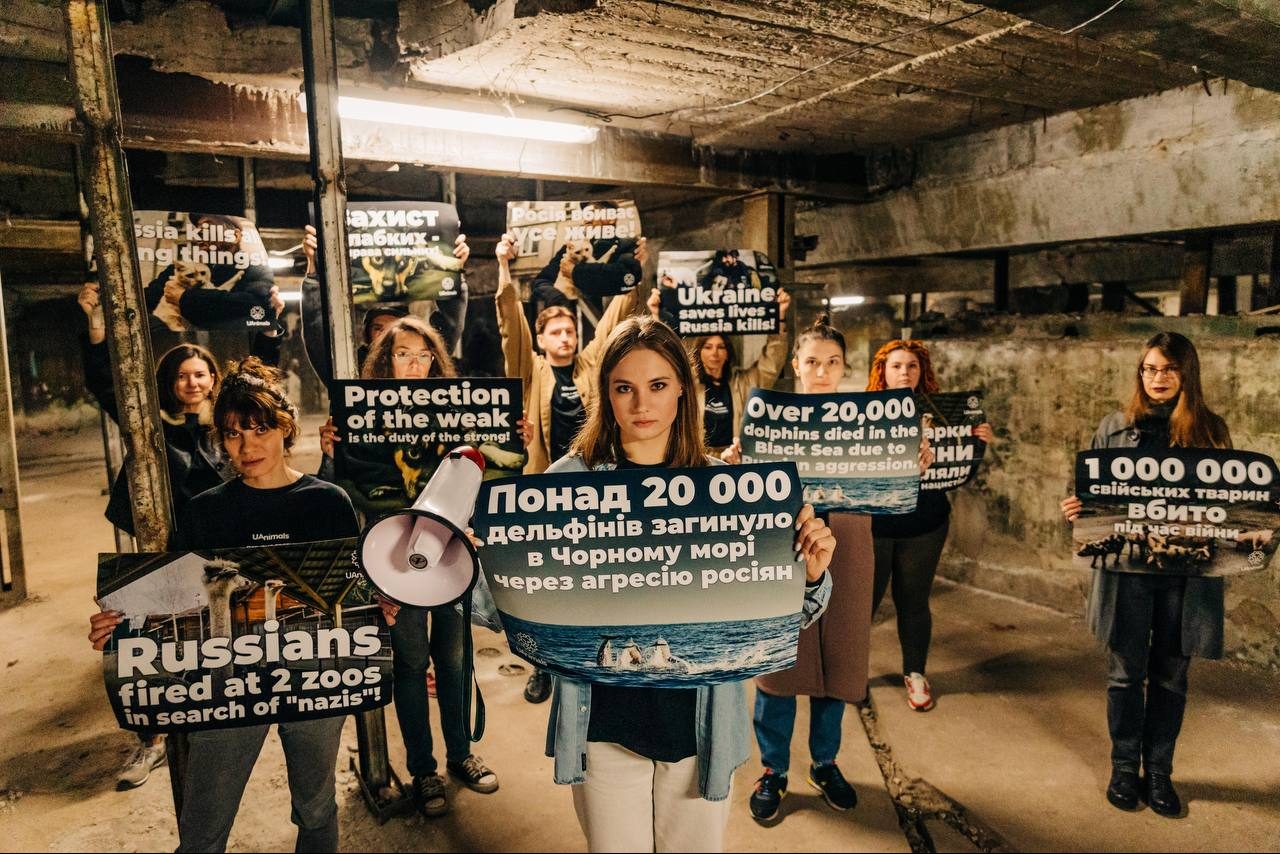 Today, activists of the humanist movement UAnimals held an action in a bomb shelter to draw attention to the killing of animals and ecocide committed by Russia during the war in Ukraine.

“Every year we hold a large-scale march in dozens of Ukrainian cities, but today we cannot walk the streets of Ukraine and decided to gather in a bomb shelter to remind the world of the despicable crimes of the Russians”, – says the founder of UAnimals Oleksandr Todorchuk @sashatodorchuk – “In search of “nazis”, the Russian army is shelling even shelters, zoos and rehabilitation centers. According to rough estimates, more than 1,000,000 animals died as a result of the war in Ukraine.”

Activists will not stop there and call on Ukrainians abroad to go to the march to save animals from the war in Ukraine, which will take place in Warsaw on October 8 at 14:00 at the Palace of Culture and Science square.

Help save animals from the war.
Together – we can make all the difference!