Saving animals from the war in Ukraine Since 2016 UAnimals has been popularizing humane treatment of animals and protecting them from exploitation and abuse.

During this time we managed to get animal circuses banned in three dozens of towns and cities. We also managed to negotiate for the refusal to use natural fur with tens of designers from the Ukrainian Fashion Week. Furthermore, we have achieved the adoption of several important animal rights laws.

With the start of the full scale war all our efforts have been directed at rescuing animals from combat zones and temporarily-occupied territories. 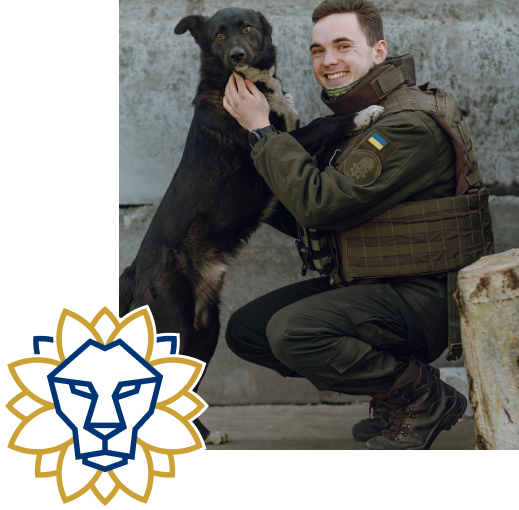 THE PROTECTION OF THE WEAK IS THE DUTY OF THE STRONG!

Help UAnimals save animals from the war. Only united can we stop the suffering.

OUR ACHIEVEMENTS DURING THE WAR

tons of feed was distributed to the animals of Ukraine

animals were evacuated from the war zone

shelters have been rebuilt

stray animals were neutered during the war