The whole world knows this dog in the photo. Everyone was hoping that it was the dog’s owner in the picture who was soothing his paralyzed and frightened pet. However, the reality turned out to be quite different. The labrador’s family abandoned him. At first, a neighbor was taking care of the pooch, but in the end he also left the dog behind. 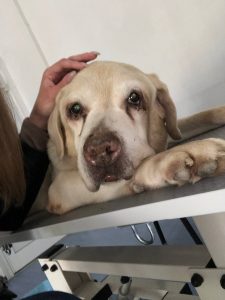 Sensei the dog had to survive in the yard of a house damaged by the invaders. The animal could not move its hind legs, because they were paralyzed. It was in such a condition that the volunteers found him and took him to a veterinary clinic for treatment. We later learned that Sensei was 12 years old and very sick: he had a tumor in his stomach and was suffering from heart failure. 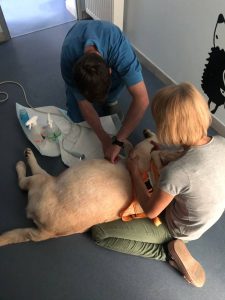 Over time, the dog’s owners were found and decided to help with his treatment. However, later they decided that they did not need a sick and disabled dog and left their pet again. Only thanks to the efforts of caring people, was Sensei able to undergo full rehabilitation and start walking again. 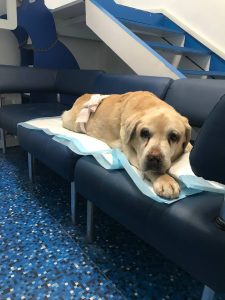 The dog eventually got a new family, but his health completely deteriorated after all the stress he experienced during the hostilities. One day, Sensei became ill and was taken for treatment again. The vets prescribed medication for the animal, which it will have to take for the rest of its life. 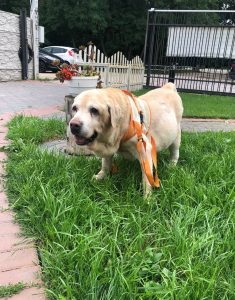 Let’s take care of Sensei together, let’s give him a chance for a happy and long life in the circle of a family that loves him and will never abandon him. Join our fundraiser and help provide the four-legged friend with the medicine he needs for several months.