The wild bird rehabilitation center “Free Wings” is located in the village of Kozhichi, Yavorivsky district, not far from Lviv. There are aviaries and ponds for waterfowl species on its territory. Currently, 276 birds belonging to 52 species live at the center. 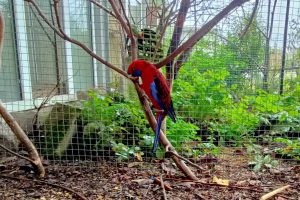 The founder of the center, Viktor Shelvinskyi, is a veterinarian and works at the department of the Western Ukrainian Ornithological Society. The center closely cooperates with ornithologists of the National Academy of Sciences of Ukraine, as well as foreign specialists. 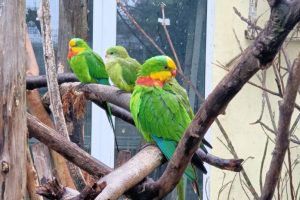 Victor has been running the center for more than 10 years, and before the war, the center dealt exclusively with Ukrainian species of birds (such as black storks, grouse, owls, hawks, falcons, etc.) that needed treatment or rehabilitation. There are also permanent residents of the facility who have physical disabilities. 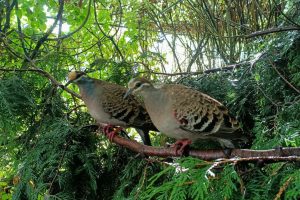 With the beginning of the full-scale war, emigrants who decided to go abroad left their birds, including exotic ones, at the Center for an indefinite period to be cared for and accommodated. However, the facility’s conditions are not suitable for some species of birds, so special wintering centers are needed for them. It is planned that 12 species of exotic birds will live there.

Therefore, we opened this fundraiser to help birds that are not adapted to our winters. It is necessary to collect UAH 57,710. Join in!